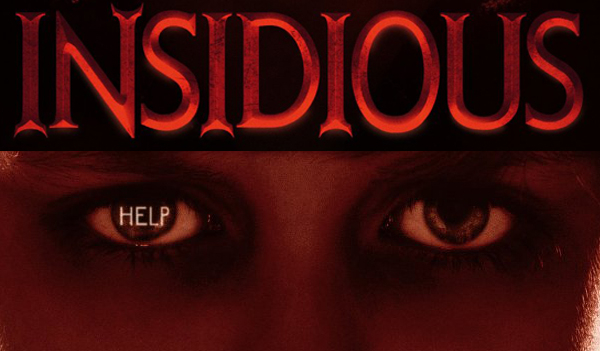 (SANTA MONICA, CA – JULY 22, 2013) – FEARnet has acquired the broadcast premiere rights to FilmDistrict’s hit supernatural chiller INSIDIOUS, becoming the first basic cable TV network to air the blockbuster film. INSIDIOUS will make its FEARnet debut on Sunday, September 8, at 8 p.m. ET/5 p.m. PT, and can be viewed on VOD starting Wednesday, September 11 allowing viewers to be re-acquainted with the Lambert family and their demons before FilmDistrict’s theatrical release of the film’s sequel INSIDIOUS CHAPTER 2 on Friday, September 13.
INSIDIOUS – directed by James Wan and written by Leigh Whannell, the famed horror team behind SAW – stars Patrick Wilson and Rose Byrne as Josh and Renai Lambert, parents whose son has fallen into a coma, following a mysterious incident in the attic. Things get much worse for the family, as their son’s illness leads to a terrifying encounter with malevolent ghouls, and a journey into the realm of the dead known as “The Further.” The film was released theatrically in the U.S. by FilmDistrict on April 1, 2011, and has grossed $97 million worldwide.  With the picture’s reported $1.5 million budget, it has led to the film being called the most profitable film of 2011.

“As a Network, we are big fans of James Wan and Leigh Whannell’s work, so we’re very excited to add INSIDIOUS to the FEARnet lineup,” said Sarah Shannon, FEARnet’s Vice President of Programming and Network Operations. “It’s a true testament to the filmmakers that they can take a PG13 movie, and build this amazingly creepy aura that keeps the audience on the edge of their seats.”