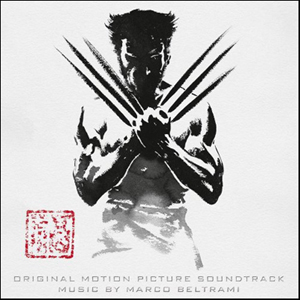 
Sony Music is proud to announce the release of the original motion picture soundtrack of The Wolverine, composed by the Oscar-nominated Marco Beltrami.  Based on the celebrated comic book arc, this epic action-adventure takes Wolverine (Hugh Jackman), the most iconic character of the X-Men universe, to modern day Japan.  Out of his depth in an unknown world, he will face a host of unexpected and deadly opponents in a life-or-death battle that will leave him forever changed.  Vulnerable for the first time and pushed to his physical and emotional limits, he confronts not only lethal samurai steel but also his inner struggle against his own immortality. The film opens nationwide on July 26, 2013.

New York-born Beltrami has twice been nominated for Academy Awards: for his work on the Western remake 3:10 to Yuma (2007), and for Best Original Score for his music for The Hurt Locker (2010). He studied at the Yale School of Music and in Italy, before learning the trade of film composition with the great Jerry Goldsmith. Beltrami’s career began with the soundtrack of the thriller Death Match in 1994, and he gained renown for his work on horror films such as Mimic (1997), The Woman in Black (2012), and all four films in the Scream series (1995–2011). He has also composed two soundtracks for the Die Hard franchise: Live Free or Die Hard and A Good Day to Die Hard. His versatile talents have, however, taken him far beyond this genre to work on independent films, for which he gained two prestigious awards: a Satellite Award for Best Original Score for the drama film Soul Surfer, and in 2012 the Hollywood Music in Media Award for Best Original Score for the critically acclaimed The Sessions.


Beltrami’s success in writing the soundtracks for mainstream films owes much to his mastery of a big range of orchestral effects, enabling him to produce more interesting sounds than the usual clichés of action and horror music. The music of The Wolverine opens with eerie stillness in “A Walk in the Woods”, then develops in “Threnody for Nagasaki” from growling strings to a dramatic crescendo. Moods of excitement and tension begin in the track “Logan’s Run” with one of Beltrami’s hallmark intense percussion passages. The recurring use of bell sounds hints at Japanese spirituality – combined with themes of rising tension in “The Offer” and “Arriving at the Temple”, or a gentler, harmonious mood in “Two Handed”. The varied instrumentation is evident in the scraped and plucked strings of “Trusting”, while full-on orchestral power is employed for scenes of action and suspense in “The Wolverine” and “Silver Samurai”. Pounding rhythms continue in later numbers such as “Where to?”, but Beltrami brings his soundtrack to a delicately unemphatic conclusion in “Whole Step Haiku”, as a slow theme rises above hollow echoes.

From start to finish, the original soundtrack of The Wolverine is a fine work by an acknowledged modern master of movie composition. Following the release of Marco Beltrami’s music for A Good Day To Die Hard on Sony Classical in 2012, a further treat now lies in store for his admirers and fans of the X-Men series.

Just Announced!
-Jeremy [Retro]
Hosted by Unknown at 11:11 AM

I do love the scores of those films. Beltrami has a real sense of the story when he works and I appreciate that.

Beltrami's work on this film is amazing. I can't wait!