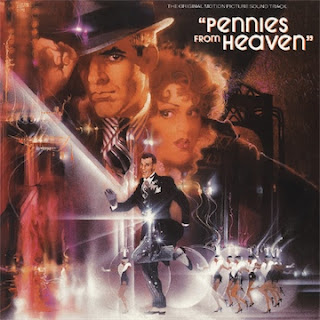 
Perseverance Records is happy to announce the re-issue of the 1980s cult musical, Pennies From Heaven.

Coming off his monster hit, The Jerk, Steve Martin decided that he wanted to do something completely different. He teamed with his Jerk co-star (and then girlfriend) Bernadette Peters to make a Busby Berkeley-esque musical drama set in 1920s Depression-era Chicago. The movie was something a lot of Martin’s fans did not expect from the “Wild and Crazy Guy” comic. The film features him dancing through many elaborate numbers with a big cast of extras. The film was nominated for three Oscars (Costume, Sound, Adapted Screenplay).

The soundtrack LP was originally released on Warner Bros Records in 1981. Long out of print, and never before on CD, it’s a great collection of classic music from a musical era long since past. The movie enjoys a strong cult following and this soundtrack will be a welcome addition to any fan’s collection.

For More Information: LOOK I AM DANCING! [CLICK HERE]