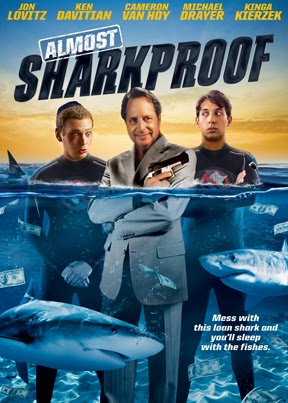 MESS WITH THIS LOAN SHARK...
AND YOU’LL SLEEP WITH THE FISHES
ALMOST SHARKPROOF
Released on March 18, 2014. 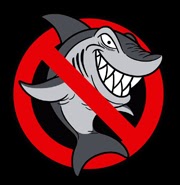 Vince and Freddy are two broke buddies down on their luck with a big idea: wetsuits that can save surfers from shark bites.  With nothing to lose and everything to gain, they seek the help of a shady loan shark and nightclub owner Max (Lovitz), to help finance their big idea.  In the process, they meet Isabella (Kierzek), sensual and beautiful Isabella is the receiving half of a knife throwing act at Max’s club. Borat’s Ken Davitian is the knife wielding other half of the act. Vince and Freddy both instantly fall in love with Isabella and enrage Max by running off with her.  Soon, with an angry gangster and his team of goons after them, they find they will need protection from more than just sharks.

Lovitz as a loan shark makes me laugh already!