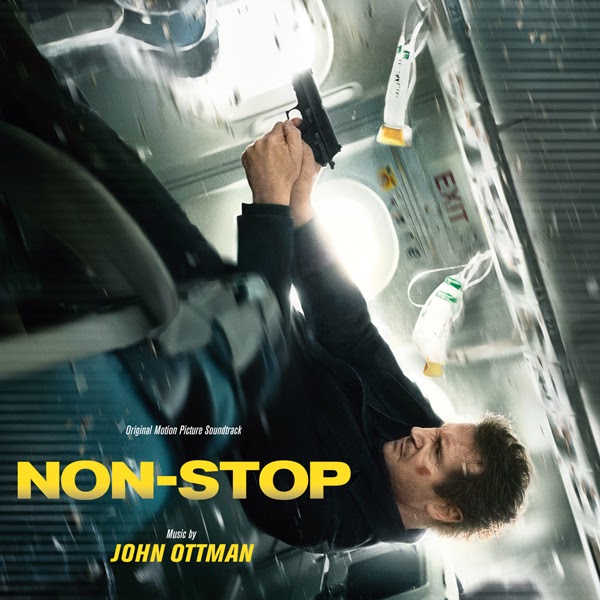 Global action star Liam Neeson stars in Non-Stop, a suspense thriller played out at 40,000 feet in the air. During a transatlantic flight from New York City to London, U.S. Air Marshal Bill Marks (Neeson) receives a series of cryptic text messages demanding that he instruct the airline to transfer $150 million into an off-shore account. Until he secures the money, a passenger on his flight will be killed every 20 minutes. The film reunites Neeson with Unknown director Jaume Collet-Serra and producer Joel Silver, and co-stars Golden Globe Award winner Julianne Moore Composer John Ottman (The Usual Suspects, Valkyrie) ratches up the tension with a riveting, propulsive score. Universal Pictures will open NON-STOP nationwide on February 28.

Something is stirring and it's the sweeping score by composer John Ottman and he gets some help from one of our friends Edwin Wendler. You know it's going to be good, so get it!
[CLICK HERE] AND SIT IN YOUR SEAT!