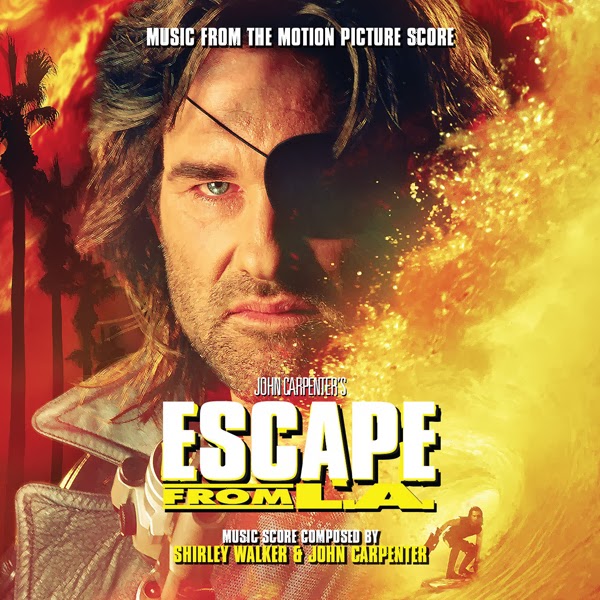 La-La Land Records and Paramount Pictures present the remastered and expanded release of Shirley Walker & John Carpenter's score to the 1996 Paramount Pictures futuristic actioner ESCAPE FROM L.A., starring Kurt Russell, Steve Buscemi and Cliff Robertson, and directed by John Carpenter. When it came time to score his big-budget follow-up to the cult classic ESCAPE FROM N.Y., director/co-writer John Carpenter, who had inventively scored most of his films (HALLOWEEN, THE FOG, BIG TROUBLE IN LITTLE CHINA), collaborated with the ingenious Shirley Walker (BATMAN: THE ANIMATED SERIES, BATMAN MASK OF THE PHANTASM, WILLARD) to create the perfect musical soundscape for the further exploits of Snake Plissken. Building upon Carpenter's iconic synth template, Walker harnesses her trademark orchestral power and the result is a full-charging heroic score that takes Plissken to new action-packed heights. Produced by Dan Goldwasser and mastered by Doug Schwartz, this expanded release boasts a running time of more than 78 minutes and contains cues that were recorded for the film, but never used. Film music writer Daniel Schweiger brings the listener behind the movie and its score with his in-depth liners and the sharp art direction is courtesy of Dan Goldwasser. This is limited edition of 1500 Units.
SURF IS UP [CLICK HERE]