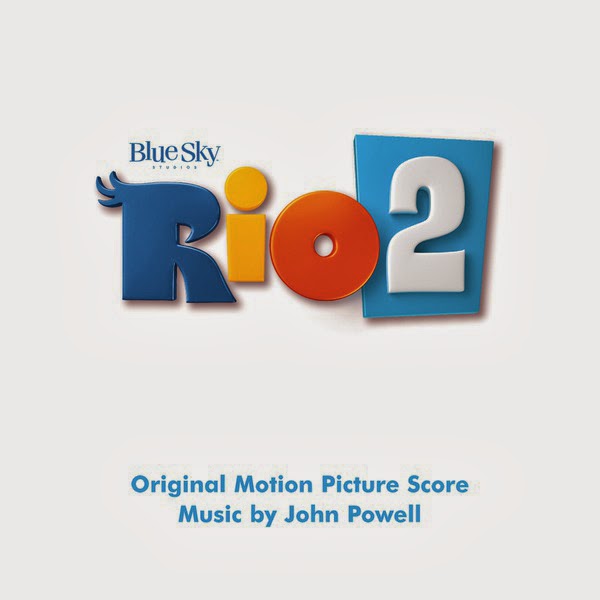 John Powell was catapulted into the realm of A-list composers by displaying an entirely original voice with his oft-referenced scores to the Matt Damon/Bourne film trilogy. He has become the go-to writer for family animated films, scoring such hits as Shrek, Chicken Run, Ice Age: The Meltdown, Ice Age: Dawn of the Dinosaurs, Bolt, Rio, Happy Feet, Happy Feet 2, Kung Fu Panda, Kung Fu Panda 2, Dr. Seuss’ The Lorax and Ice Age: Continental Drift. His pulsating action music has provided the fuel for Hancock, Green Zone, Stop Loss, Mr. and Mrs. Smith and The Italian Job. Powell’s music has also sweetened the romance of Two Weeks Notice and P.S. I Love You, empowered X-Men: The Last Stand, lent tenderness to I Am Sam and gripping drama to United 93. Powell’s infectious score for How to Train Your Dragon earned him his first Academy Award® nomination and was nominated for a Grammy® in 2008 for his work on Happy Feet.

The association with Rio de Janeiro makes the film highly topical ahead of the 2014 football World Cup, and the score of RIO 2 closely involves local artists: UAKTI, an instrumental group; Milton Nascimento, a well-known Brazilian singer-songwriter and guitarist; the singer Carlinhos Brown, whose musical style blends tropicália, reggae and traditional Brazilian percussion; and the Barbatuques, leading exponents of body percussion, who make organic music using the body as an instrument. The Barbatuques performed at the special Fifa event for the official announcement of the logo of the 2014 World Cup.
These Brazilian artists add even more sparkle to Powell’s lively music, starting off with the samba version of the famous 20th Century Fox Fanfare and going on with Carlinhos Brown’s infectious percussion in the second track. In “Over the Falls” Powell displays the enchantment and comic effect that make him a go-to composer for animated films, and UAKTI provide musical pyrotechnics for the track “Fireworks on the Roof” as well as foot-tapping percussion in “Sideshow Freaks”. Other numbers have wonderful variety – “River Boat to the Loggers”, for example, moves from laid-back dance music to catchy vocals and finally to the sounds and suspense of the river jungle, with a range of wild-life sounds that come back in the following tracks. Towards the end of the album, the title “Tantrums Lead to Explosions” is surprisingly melodious, and the final track combines beating crescendos with vocals and serene melody.

On this subject of melody, John Powell has eloquently explained his inspiration: "If you think about music and where it comes from, you can see a great history of musical invention … I was suddenly struck by a question; where did we get melody? Our lives are filled with tunes but when did it start? … I realized it must have been the birds. … hundreds of millions of years ago, birds gave the world song. And how much later was it that mankind arrived and was humbled by the birds' ability to sing? … We can only wonder at the force of nature that … was able to attract a mate using a beautiful song.” John Powell had a lot of fun in persuading his friend José Serebier to conduct one of his scores. “José has conducted every major classical work with all the world's orchestras, in every concert hall and opera house … But I was the first to persuade him to come over to the dark side and work in "Hollywood". He of course took to it like the proverbial fish and he enjoyed the orchestra and they him.”

Lovers of this animated film and of fine music for the cinema can look forward to Sony Music’s release of Powell’s soundtrack with the irresistible sounds of leading Brazilian musicians on April 8, only a few weeks before the whole world turns its eyes to Brazil for the World Cup.

About the movie
The entire cast of the animated hit RIO returns in RIO 2, joined this time by a new flock of top actors. Jewel (Anne Hathaway), Blu (Jesse Eisenberg) and their three children leave their domestic life for a journey to the Amazon and meet there a menagerie of fun and colourful characters who are born to be wild, with the voices of Oscar nominee Andy Garcia, Oscar®/Emmy®/Tony®-winner Rita Moreno, Grammy-winner Bruno Mars, and Tony-winner Kristin Chenoweth.