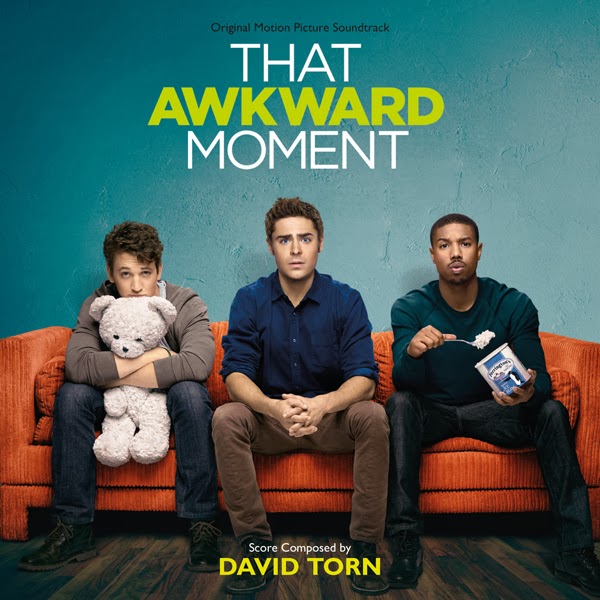 Torn described his music for THAT AWKWARD MOMENT as “very theme-orientated, & focused a bit more on the film's characters than directly on the comedic.” He continued, “The score's orchestration uses a cross-bred, creative approach to orchestration; there are definitely some modern synths along with a contemporary approach to rhythmics, while most of the score is played with strings, piano, gamelan and upright bass, all married together with unique guitars and my own textured ambiances.”

David Torn (aka "splattercell") is a composer, guitarist and producer of international stature, known for his unique musical voice. His compositionally textural work has had a material impact and influence upon both film scoring - through his own scores (LARS AND THE REAL GIRL, THE WACKNESS, FRIDAY NIGHT LIGHTS), and upon contemporary electric, electro-acoustic and electronic music, in general, through his own ECM recordings and with artists as diverse as David Bowie, kd lang, John Legend, Meshell Ndegeocello, Jan Garbarek, Tim Berne, Tori Amos, and others.

Educated by Leonard Bernstein ("Music for Young Composers") and mentored by John Abercrombie and Pat Martino, David’s first studio score, THE ORDER, was nominated for a Grammy award. He has been the recipient of numerous other awards, including The Cowboy Award for Best Score (Jackson Hole Film Festival), a GRAMMY® (for a Jeff Beck recording, which David composed and mixed) and three Readers' Poll Awards from Guitar Player Magazine.

Focus Features and writer/director Tom Gormican bring us THAT AWKWARD MOMENT, an R- rated comedy motion picture starring Zac Efron, Miles Teller, Michael B. Jordan & Imogen Poots, about best friends who find themselves where we've all been- at that confusing "moment" in every dating relationship when you have to decide "So...where is this going?"

“THAT AWKWARD MOMENT is a comedy, played as a comedy,” said Torn, “but it also intends to speak more, finally, to sincere issues of personal commitment and truthful responsibility to those whom we love and need.”