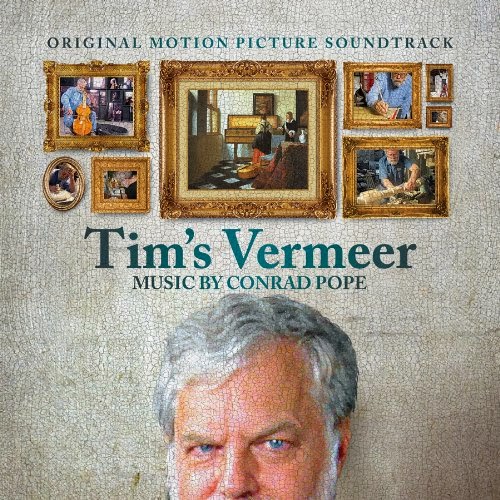 ABOUT THE ALBUM:
Tim's Vermeer is a heartfelt and suprising documentary film, directed by the performer Teller, produced by his stage partner Penn Jillette and Farley Ziegler, about inventor Tim Jenison's quest to duplicate the painting techniques of Johannes Vermeer. The film premiered at the 2013 Toronto International Film Festival. Sony Pictures Classics is releasing "TIm's Vermeer" on January 31, 2014 in New York and Los Angeles.

Composer and orchestrator Conrad Pope ("My Week With Marilyn") wrote a beautiful and elegant partition for the film. Conrad's music brings the documentary to another level.
Jeremy [HWR:OLM]
Hosted by Jeremy [Retro] at 1:00 AM