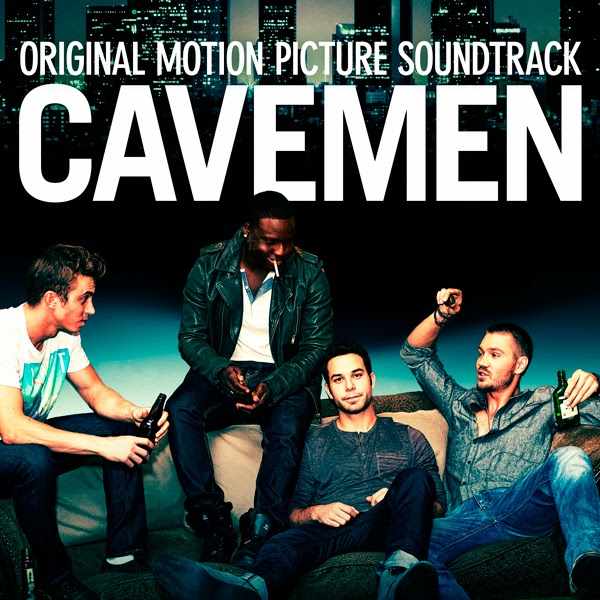 Featuring Songs by Golden State, Names of Stars, Big Black Delta, The Peach Kings
and Others. With Original Music by Ronen Landa

(February 21, 2014– Los Angeles, CA) – Lakeshore Records will release the CAVEMEN – Original Motion Picture Soundtrack digitally and through Amazon-On-Demand on March 11, 2014. The album features songs by Names of Stars, Golden State, We3Kings, The Peach Kings, and Mathclub.
"I worked hard with music supervisor Greg Sill to find unknown songs that not only elevated the narrative, but also songs that had break-out potential in the marketplace,” said Herschel Faber, the film’s writer/director. “Similarly, I'm quite proud of the work Ronen Landa did with the score, which I think really taps into the emotions of the main characters and captures the romance of the world we explore in Cavemen. I think we created one of the more memorable soundtracks to come out in quite some time."

CAVEMEN follows LA playboy Dean (Skylar Astin) who is fed up with one-night-stands and empty relationships and realizes that he wants something more out of life than just a party. With a little inspiration from his nine-year-old nephew and his best friend Tess (Camilla Belle), Dean decides to try his hand at finding true love for the first time - which proves to be much more difficult than he thought in modern-day Los Angeles.

“Creating the score for CAVEMEN was all about reconnecting with my rock 'n roll roots,” said Composer Ronen Landa. “When I was a kid I wanted nothing more than to play my guitar all day, so I couldn't resist when Hersch asked me to do just that for his film. The simplicity of a solo guitar helps capture the intimate and genuine feelings that our main characters have for one another.”

2011 proved to be a pivotal year for composer Ronen Landa. He was selected to be a Sundance Institute Fellow. The same year a short film that he scored, THE PACT, premiered at the Sundance Film Festival. Landa was brought back to compose the music for the feature length version, which premiered at Sundance the following year and was distributed theatrically in the US by IFC Films. His second feature length film with THE PACT’s director Nicholas McCarthy, HOME, will debut at the SXSW festival this March.


Well Go USA presents CAVEMEN currently in theaters in limited release and VOD now and on DVD, BluRay on April 8th. The CAVEMEN – Original Motion Picture Soundtrack will be available digitally and via Amazon on Demand on March 11, 2014.