Varese Sarabande: I Missed the CLUB TITLES... You Will if you Don't Go Now! 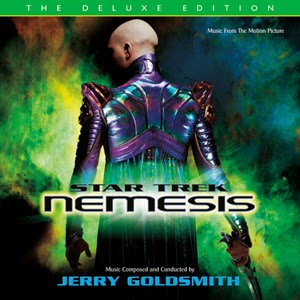 
It was, sadly, one of Jerry Goldsmith’s last film scores.  Only Timeline and Looney Tunes: Back In Action (both 2003) would follow it.  In 2002 Jerry Goldsmith took his final voyage on the fabled USS Enterprise and gave Star Trek Nemesis and the whole Next Generation crew an epic send-off.

This is the release so many Star Trek fans have been waiting for. Goldsmith’s complete score from Star Trek Nemesis is presented, along with a set of bonus tracks that includes source music, a set of alternate cues and mixes, plus a rare opportunity to listen in to the final moments of Jerry Goldsmith on the Star Trek scoring stage with his orchestra and director Stuart Baird. 
Today we celebrate what would have been Jerry Goldsmith’s 85th birthday.  And what a release we have to mark the occasion!!  A title like this deserves to be announced alone.  One of the greatest and most important scores of Jerry Goldsmith’s early career is 1963’s The List of Adrian Messenger.  We couldn’t be more excited about our world premiere release of this landmark score and we suspect there will be many who share our excitement.   The List of Adrian Messenger is fun and it’s dark, it’s romantic and it has thrilling action!  The score features a fox hunt cue that ranks among the greatest cues of Goldsmith’s career.  It was very clear, even in Jerry Goldsmith’s earliest scores, that he was a master.  Jerry was already revolutionizing film music by the time he wrote this score.  He had already written such film scores and Freud, Lonely Are The Brave and Studs Lonigan.  For television he had scored episodes of The Twilight Zone, Thriller and Dr. Kildare.  The stage was set for one of the greatest careers in film music history.  It wouldn’t take too many more years for Goldsmith to become a true legend.  What an important chapter in that story the score from The List of Adrian Messenger represents and finally … it’s available!  Enjoy!  Let’s all remember and celebrate the great Jerry Goldsmith. 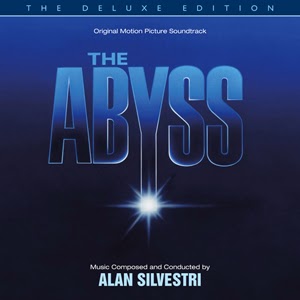 THE ABYSS: The Deluxe Edition
Music Composed and Conducted by
Alan Silvestri
2 CDs


Another true classic joins the return of our CD Club.  Alan Silvestri’s The Abyss is one of the most loved and acclaimed scores of the 80s.  Alan teamed up with director James Cameron for his 1989 underwater action epic and delivered a massive work for orchestra, choir and synthesizers.  The score features moments of serene beauty, gripping tension, powerful action and utterly glorious swells from the orchestra and choir.  It all sounds better than ever in our new Deluxe Edition.

These are very limited releases, so please go and pick up these awesome scores now!
[CLICK HERE...]
Jeremy [HWR:OLM]
Hosted by Jeremy [Retro] at 1:00 AM