PROUDLY PRESENTS:
3 NEW TITLES IN THE PRESTIGIOUS GOLD COLLECTION
ALL FOR THE FIRST TIME EVER ON CD 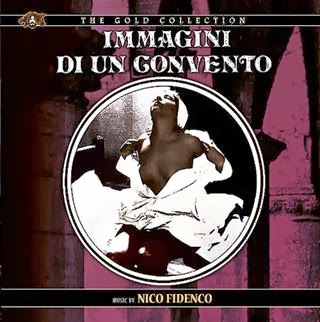 Kronos Records proudly presents for the first time ever on any format the score to perhaps the most cult of Nun-exploitation films of all time; IMMAGINI DI UN CONVENTO (IMAGES IN A CONVENT) from cult filmmaker JOE D'AMATO. The film starred Paola Senatore, Marina Hedman, Paola Maiolini, Aïché Nana as the Madre Superiore and Donald O'Brien in the role of The Exorcist. This film features a truly fabulous score by legendary singer / composer NICO FIDENCO.

The music just as the characters of the film has a very strong duality, perfectly reflecting the nuns of Joe D'Amato's convent and their state of mind. It is both holy and profane. The music is divided into sacred choral and acoustic pieces and the eerie electronic ones. Musical direction is by Maestro GIACOMO DELL'ORSO and some of the most beautiful and other worldly solo singing by his wife, the legendary EDDA DELL'ORSO.

Prepare to be transported behind the walls of a convent where many worldly things are left behind... but others are doomed to haunt our nuns, just like Nico Fidenco's music will haunt you forever once you have bought this masterpiece. Pre-order this over one hour long unearthly beautiful soundtrack now, this one will be sold out very fast! 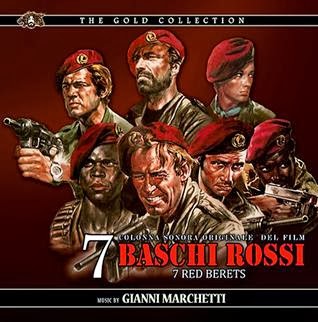 An LP with 16 minutes of score (coupled with Marchetti's Own I VIGLIACCHI NON PREGANO from the same year) was released by CAM in 1970. Kronos Records is proud to present this soundtrack for the first time ever on CD format. The first eight tracks of the CD contain the program as featured on the original CAM lp, reconstructed from the original 1969 scoring sessions. The remaining 23 tracks of the CD are the rest of the cues as heard in the film and features also music not used in the final version of the film and for the first time available on any recording.

A must for lovers of the genre. Highly original music by Maestro Marchetti. 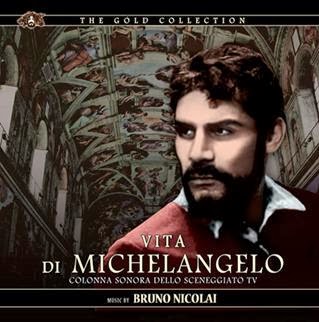 Directed by Silverio Blasi and and scripted by Romildo Craveri and Diego Fabbri on the subject of Giorgio Prosperi was based on the life of the Italian painter Michelangelo Buonarroti, whose 400 year anniversary from his death was being celebrated at the time of production.

The program was very atypical, especially at the time it was done, being it a sort of hybrid between informative, educatonal documentary and a television series. Contributing to the positive outcome of the program was Maurizio Mammì's screenplay, the acting of actor Gian Maria Volonte, in the role of the Tuscan artist, and last but not least VITA DI MICHELANGELO boasted a truly rich and highly variate score by the much respected Maestro BRUNO NICOLAI.

The first 21 tracks of this soundtrack are the exact same program and recording released on vinyl on Bruno Nicolai's own record label Edipan. The remaining 15 bonus tracks (an additional 33 minutes of music) are presented for the very first time ever courtesy of the Edipan vaults and BEAT Records.

This CD is definitely destined to quickly become a collector's item. A must for all Bruno Nicolai fans.