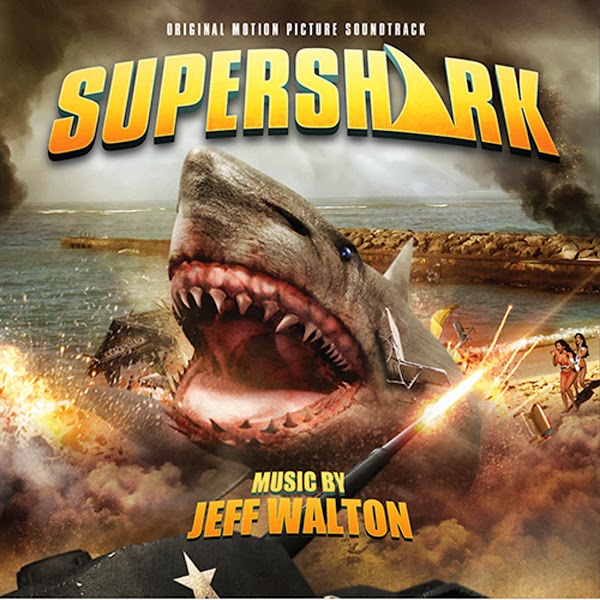 Every now and then we like to dig up exciting scores written for cult low budget horror movies. When you read the premise for Super Shark - a giant primordial shark walking on land right into a bikini contest – then you just know that the score for the film has to be something extra.

Jeff Walton, a composer who has been around since the mid 90?s scoring many genre movies (including Curse of the Puppet Master, The Brotherhood and Attack of the 60 Foot Centerfolds) certainly knows the tricks of the trade and delivers an adrenaline-pumping score which has a lot of fun to offer the listener. Sometimes you don’t have to see the film to appreciate its music. That is certainly the case with Super Shark!

Just Announced!
Jeremy [HWR:OLM]
Hosted by Jeremy [Retro] at 9:56 AM