Such a cool composer and all around cool person... I was thrilled to have chatted with him. He also went above and beyond with the questions, so many great things to say... I didn't want to cut him or his time off. So thank you for that, please enjoy and check out the newest release of MSM/Kronos "Welcome to the Jungle" [CLICK HERE]
Jeremy [HWR:OLM]


HWR:OLM: Where does your interest in music come from?

KARL PREUSSER: You know, it’s really strange because nobody in my family was gifted musically, yet I was somehow drawn into this world, I was the odd one out so to speak. I attended the Berklee College of Music in Boston as a guitar player, but after a career ending case of tendonitis, I switched my major to film scoring. It turned out to be a blessing in disguise, because composing speaks to me more personally, much more than playing the guitar ever did. And you know what? After decades of composing, I found out that my great-great uncle was the very first musical director of the Pasadena Symphony, so maybe there was some kind of musical vein running in my family. 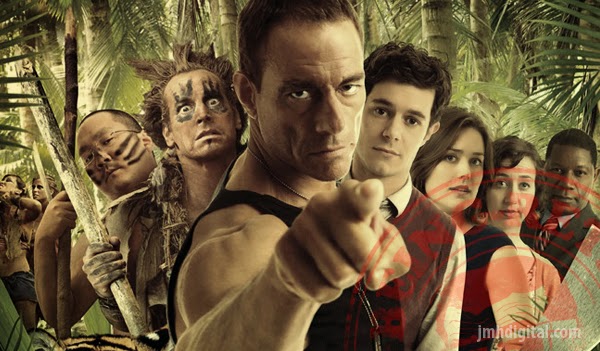 HWR:OLM: Your score for Welcome to the Jungle was directed by Rob Meltzer. As I understand, this isn’t your first movie together…

KARL PREUSSER: Rob and I have worked together for many years, our first projects were done when he was still a student at USC. I always look forward to collaborating with him because he is immensely talented. Rob encourages a collaborative environment throughout the entire film-making process. I think that kind of approach really speaks to creative types, he always gets 110% from everyone and it shows up on screen. I had the script very early on and Rob and I were talking story and music even before the shoot. Editor Harry Yoon and producer Justin Kanew both have an incredible sense of music in film and their input was invaluable. The four of us would regularly get together, listen and brainstorm… I’m a big believer in getting good notes from smart people.

HWR:OLM: So what was it like scoring a Jean Claude van Damme film?

KARL PREUSSER: I’ve always been a huge JCVD fan and I think he delivered a hilarious performance in this film. As you can hear, my score isn’t really driven by character themes, but JCVD’s character does have his own theme. It appears first when we meet his character Storm Rothchild and then again a bit later when Storm has his climatic moment in the story (sorry, I don’t want to spoil anything – you’ll hear it). This motive was interesting to me, because although the musical presentation of the theme is quite similar in both scenes, it plays completely differently because of the growth and change that the character has gone through. On the fun side of things… I got to score a JCVD slow-motion kick! How awesome is that? Unfortunately I never got a chance to meet Jean-Claude Van Damme at the premier and I’m bummed! Someone please tell him that I have a beer with his name on it. 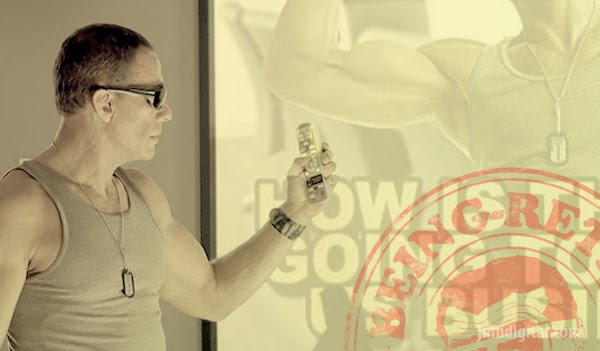 HWR:OLM: What’s your favorite moment from your score?

KARL PREUSSER: This is easy – it’s the cue called ‘Bow Before My Mighty Loins’. We approached the scene, at its core, as a battle between darkness and light, but achieving that idea, while still keeping the energy flowing, leaving plenty of room for dialogue and at the same time scoring the ‘mindset’ of the tribe, proved to be a challenge. We tried a few different approaches before we felt like we were dialed in, but having ‘found’ what we were looking for, I’m really proud of that cue and it’s one of my favorites.

HWR:OLM: There’s a lot of cool chanting in several cues – are these live or are sampling so good now that you can do this?

KARL PREUSSER: The vocals are all live, aside from a couple samples that we blended in to thicken them up a bit. The various fun chants were a combination of a professional vocalist and members of our crew getting a chance to cut loose! The ‘lead native’ voice ended up becoming a little character in the score and turned out to be a nice occasional musical reminder that the film is after all a comedy, even though it takes some very dark turns. In addition to the chants, I‘m also really happy with the percussive vocal sounds that we achieved in cues like ‘Chaos!’ and ‘Stealing the Radio’.

HWR:OLM: The percussion is also very dominant, though most composers use samples for these instruments. How did you approach this section of the score?

KARL PREUSSER: Yes, almost everything is live. Peter Gordon played all of the wonderful, exotic woodwinds that help bring this score to life. I have worked with him many times and he always manages to bring fantastic nuances to my music that surprise and delight. For this score, we used an assortment of flutes (bass flute in particular), a South American Quena and a Bansuri from India… along with a few other instruments. My personal favorite moment of the score that features Peter’s work is during the awesome Storm Rothchild (Jean Claude Van-Damme) campfire speech! On the soundtrack, it can be heard in the ending section of ‘Journey to the Island’.

HWR:OLM: Your score is released on CD and in a digital format as well. How did you assemble the CD program?

KARL PREUSSER: I took a little bit different approach to this soundtrack than I normally would. Usually, I try to create a stand-alone album with optimal listening experience rather than lining up all the cues in the same order that they appear in the film, but seeing how this film’s story arc was basically a "descent into darkness" and then a "re-birth" back to light, I thought it was important for the soundtrack to stay fairly true to the original order of the cues. We combined a few of them but otherwise the album experience is still pretty much what you hear in the film!

HWR:OLM: How do you see the world of film music at the moment?

KARL PREUSSER: It’s a unique time in film composing, as well as in the music and film industries in general. There are some very exciting things happening as new technologies and business models are developed, but since we are really still in the genesis stage of most of this, we are experiencing some ’growing pains’ in our industry and the current road for a modern-day composer / musician can be a bit rocky. The good news is that great story telling will always need stirring music, played by fantastic musicians, as it always has been and always will be. 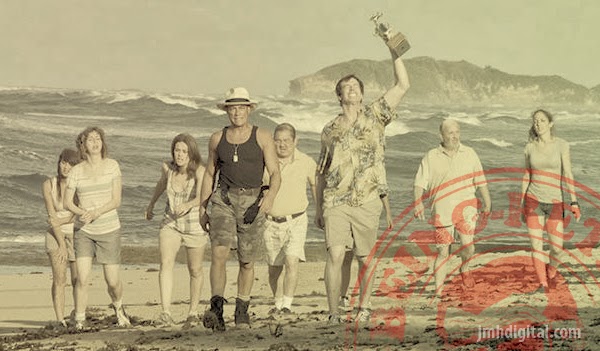 HWR:OLM: Finally, what kind of advice would you give to young composers to succeed in the business?

KARL PREUSSER: I feel that the most important thing to do is to keep an open mind when it comes to your career. Don't be afraid to think outside the box or take a project that seems strange at first. Your life and your art don't always play out the way you expect them to. That creative spark you desperately need can come from unexpected places, so you should be a good listener and "connect the dots" not only for yourself, but for others as well.
Hosted by Jeremy [Retro] at 12:00 AM

First musical director of the Pasadena Symphony! It must run in the blood Karl!