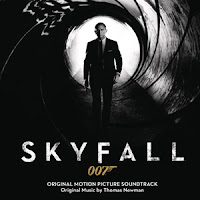 Starting with American Beauty in 1999, Thomas Newman has collaborated on all but one of Mendes’ films. One of the most respected composers in the film business, he has scored more than fifty feature films and has been nominated for ten Academy Awards®, nine times in the category Best Original Score and once for Best Original Song. He has won a BAFTA, two Grammys and an Emmy, and has also been nominated for a Golden Globe. Born in Los Angeles, he comes from a prominent Hollywood musical dynasty: his father Alfred Newman, brother David, sister Maria and uncle Lionel all composed music for the movies, and his cousin is the noted singer-songwriter and film composer Randy Newman.

Newman’s first major work in movies was in 1984 for Reckless. He composed the scores for Erin Brockovich and The Good German for director Steven Soderbergh, as well as for such acclaimed films as Finding Nemo, The Player, The Shawshank Redemption, Wall-E, The Help and The Horse Whisperer. Recent work includes the scores, also released by Sony Classical, of The Iron Lady and The Best Exotic Marigold Hotel. Newman has composed for television, including the HBO miniseries Angels In America, and the theme for Six Feet Under, which won him Grammys for Best Instrumental Composition and Best Instrumental Arrangement. He also has been commissioned to write orchestral concert music.

5/5 Okay my biggest concern is replacing David Arnold with Thomas Newman, not that Newman couldn't do the score it has just been in the hands of Arnold for sometime. I believe in the style of any James Bond film, this is done very well and I was pleased in the end.
-Jeremy [Retro-Zombie]
Hosted by Unknown at 3:30 AM