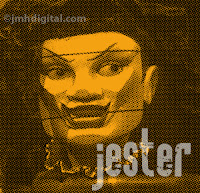 Puppet Master 4 (Also known as, Puppet Master 4: The Demon), is a 1993 direct-to-video horror film written by Charles Band among others, and directed by Jeff Burr. It is the fourth film in the Puppet Master franchise, a sequel to 1991's Puppet Master II, and stars Gordon Currie as a youth scientist who, along with his friends, played by Chandra West, Ash Adams and Teresa Hill, is attacked by demons; the animated puppets of Andre Toulon (Guy Rolfe) serve to protect the group, similar to the role they played in the prequel Toulon's Revenge, rather than terrorize, as they had in the first and second films. Originally, Puppet Master 4 was intended to have the subtitle The Demon.

Puppet Master 4, as well as the second, third, and fifth installments of the series, were only available in DVD format through a Full Moon Features box set that has since been discontinued. However, in 2007, Full Moon Features reacquired the rights to the first five films, and the box set has since been reissued and is available directly from Full Moon, as well as through several online retailers.