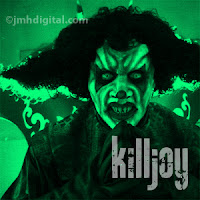 Killjoy is a horror film franchise which focuses on the titular Killjoy, a demonic clown who is summoned to assist revenge plots in all three films, only to prove too overwhelming for each character who calls him. Produced by Full Moon Features, the series was established in 2000 with the eponymous first installment, starring Ángel Vargas. A sequel, Killjoy 2: Deliverance from Evil, followed in 2002, which saw Trent Haaga replace Vargas for the role of Killjoy due to Vargas being busy with other projects. In spite of the negative reception of both films, Full Moon filmed a third installment while shooting Puppet Master: Axis of Evil in China, and in 2010 Killjoy 3 was released. Haaga reprised his role for Killjoy 3, eight years after the release of the previous film. 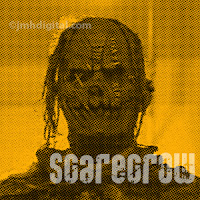 Scarecrow is a 2002 direct-to-video horror film B movie, directed by French director Emmanuel Itier. It stars B movie scream queen Tiffany Shepis and Tim Young as lester among others, including director and cofounder of Oingo Boingo Richard Elfman. The film is described as "so bad it's good", due to its poor acting, writing, and overall story.

Scarecrow Slayer is a 2003 low-budget horror film, which is a sequel to the 2002 film Scarecrow. The film was a direct-to-video release, as well as its predecessor, and its 2004 sequel Scarecrow Gone Wild.

Scarecrow Gone Wild is a low budget film released in 2004 about a group of college co-eds who are hunted down by a killer Scarecrow after a hazing ritual sends one male student into a coma.

The film is the third in a series of films about Scarecrows who kill people. The first two are Scarecrow and Scarecrow Slayer. The film was directed and written by Brian Katkin. Ken Shamrock, former NWA World Heavyweight Champion, appears in the film as the coach. Despite portraying a secondary role, Shamrock recieved top billing.

Now there is a forth Killjoy Film coming soon called "Killjoy Goes To Hell"... I find in all cases these films got better as they released more, but that is my crazy opinion.
-Jeremy [Retro-Zombie]