October 25: I Kissed A Vampire: The Rock Musical 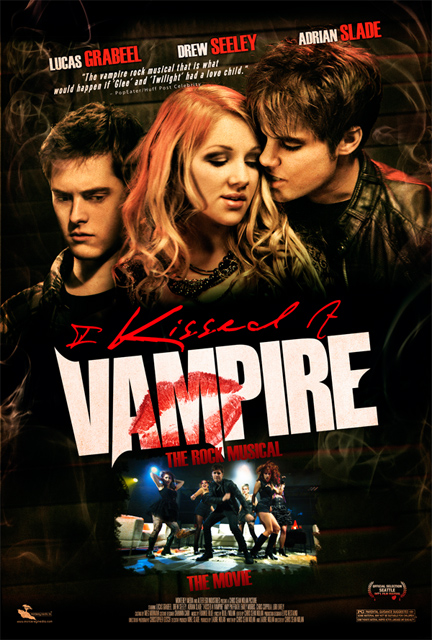 I Kissed A Vampire: The Rock Musical
Vampire rock musical web series starring Lucas Grabeel, Drew Seeley, and introducing Adrian Slade. It was one of the most popular webseries ever to appear on iTunes and has been made into a film featuring 17 songs. The film premiered in March 2012. The music is written by Frankie Blue, lyrics by Blue and Chris Sean Nolan, and the script is by Laurie Nolan and Nolan. Drew Seeley and Lucas Grabeel both were in High School Musical: The Concert.

I Kissed a Vampire is a musical look at the struggles of falling in love when you're in the middle of becoming a vampire. Dylan is terrified when he is bitten by a bat, and then transformed into one of the living dead. His world is turned upside down, and he has to figure out how to balance his budding romance with Sara, the girl next door, and the bloodthirsty desires of his vampire mentor Trey.


Special teen review of this film "SB" and her first thoughts and impression... 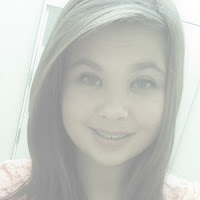 Coming from a 13 year old girl I truly thought the movie was not that bad. In my opinion, I think the acting in the movie could have been a little better than what it was.

Adrian Slade, who played Sara Slade in the movie, was my favorite character. When she sang her voice was amazing! She was a good pick for the part of Sara. She is a really good actress.

Even though Lucas Grabeel, who played Dylan Knight, was another good pick for the part, I kept thinking that the acting could have been a little better than what it was.

I liked many of the songs in the movie. “Forbidden Planet” sung by Sara Slade, that was my favorite song throughout the whole movie. I really enjoyed that song. Another was “Justa Drop”, sung by Dylan and Sara. The last song of the movie, “Happily After Life” was also very good. It had an upbeat sound throughout the whole song. Even the ballad with Sara and Trey was really good.

The movie was not that bad. I do wish the acting was a little better. I don’t think I would recommend this movie to any of my friends. I give this movie 3 stars out of 5.

Thanks for sharing your thoughts, I found this movie just a bit out of my age range so I was turned this to her for insight.
-Jeremy [Retro-Zombie]
Hosted by Unknown at 12:00 AM