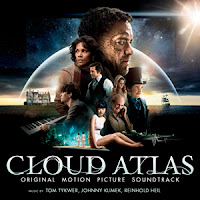 
Everything is connected: an 1849 diary of an ocean voyage across the Pacific; letters from a composer to his friend; a thriller about a murder at a nuclear power plant; a farce about a publisher in a nursing home; a rebellious clone in futuristic Korea; and the tale of a tribe living in post-apocalyptic Hawaii, far in the future.