Chemical Burn Entertainment: Three That Makes You Check Your Brain!! 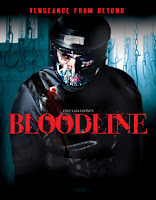 BLOODLINE: Vengeance From Beyond

Deep within the woods, the Surgeon pursues his perverted experimentation with Science and Magick on random people he has kidnapped. His bizarre and maniacal mutilation agenda reaches an apex when he captures a young girl who becomes separated from her twin sister. Years later Sandra, now a grown woman damaged with the regret that she failed to save her sister, returns to face her deepest fears. As if summoned across space and time the Surgeon rises from the shadows to resume his sinister agenda but this time, Sandra will claim her revenge for destroying the hopes and dreams of so many innocent lives. The maze that surrounds the woods becomes the stage of a Paranormal battle without equal, Ghosts and Zombies are sent from the bowels of hell to reclaim the damned soul of the Surgeon.

Influenced by Kubrick's THE SHINING and the classic slasher movies of the Eighties, BLOODLINE is a descent into a world of horrors that entertains and frightens at the same time. The fans of Italian horror movies will recognize Sergio Stivaletti, the Italian master of FX make-up and Claudio Simonetti, composer of DAWN OF THE LIVING DEAD, DEEP RED and SUSPIRIA. BLOODLINE is a visceral cinematic experience that will remain deeply embedded in your psyche - with the Surgeon alongside Freddy, Jason, and Leatherface in a hall of horrors you will never forget. 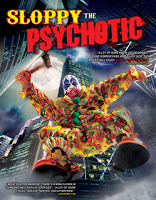 Meet Mike, a man whose only goal in life was to bring joy to children as “Sloppy the Clown.” After a cruel twist of fate, Mike finds himself without his beloved job as a children’s clown and starts slipping deeper and deeper into the abyss, unleashing a psychopath so insane that even John Wayne Gacy would be shocked. Bout after bout of bad luck finally sends him completely over the edge. The depth of horror and depravity that a children’s clown, hell bent on revenge, will succumb to is both horrifying and fascinating. A tribute to the great exploitation films of the '70’s and '80’s. This is the first movie to successfully incorporate rape, murder, cannibalism, mass slaughter, alcoholism AND balloon animals! 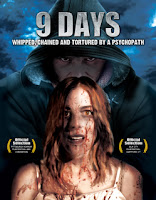 9 Days: Whipped, Chained and Tortured by a Psychopath

A dark, twisted retelling of “Dante’s Inferno,” done in the torture-porn style of “Hostel” and “High Tension.” To escape her abusive foster home, headstrong 18-year-old Danielle Hitches a Ride with an affable psycho who calls himself Virgil and has an axe to grind against women based on his warped religious beliefs. She realizes she hasn’t quite found her knight in shining armor when she awakens half-naked, chained to a post in Virgil’s basement. As Virgil, puts Danielle through a sadistic “moral cleansing” of debauched torture sessions that could kill her at any moment, she must choose either to fight back or to become as inhuman and deranged as Virgil himself. What Virgil doesn’t know is that Danielle may be more than up to the challenge of his psychotic head games.

Who writes this stuff, I don't know... this group of films was interesting for the sake of keeping independent films being made. Let us start with the first film "BLOODLINE" I think I turned this off or fast forwarded over and over it wasn't bad... it wasn't good either. It makes references to be influenced by such great and grand horror films, yes I can see it... wait no I cannot. Second "SLOPPY" I felt sorry for this misguided messed up clown, he just fell into a bad spot... being crazy and misunderstood. Last "9 DAYS" another torture film that I found oddly entertaining... it held a certain level of interest and no not because of the torture or nudity.
-Jeremy [Retro-Z]
Hosted by Unknown at 12:00 AM