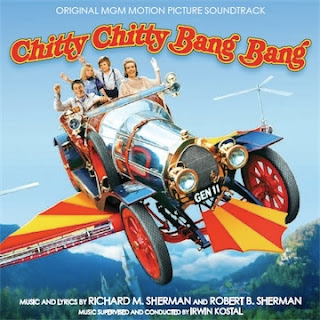 Best known for their many songs written for Walt Disney Pictures, the Sherman Brothers, Richard and Robert, took on the task of creating songs for the film - their first ever non-Disney venture. Producer Cubby Broccoli thought the Shermans would be the perfect duo to write the songs for the film. While they were still with his studio, Walt Disney gave the brothers his blessing to work on the project due to a clause in their contract that allowed them to do so. They were involved with the film for about a year but went to England for three months to write the music.... To Read More [Click Here]

I am a fan... you know you are too, but this guy always remains in my nightmares!
-Jeremy [Retro-Z]
Hosted by Unknown at 3:45 PM