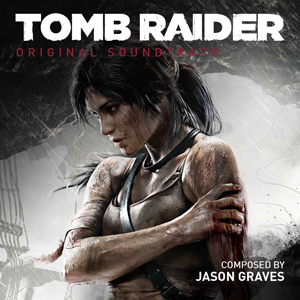 Composer Jason Graves: "What you hold in your hands is the culmination of more than two years of work and musical exploration. It contains all the musical elements I love, wrapped up neatly together - mysterious textures, evocative percussion and thematic developments to die for. It's been wonderful accompanying Lara through her first adventure. I hope you enjoy listening to it as much as I enjoyed composing it."

TOMB RAIDER explores the intense and gritty origin story of Lara Croft and her ascent from a frightened young woman to a hardened survivor. Armed only with raw instincts and the ability to push beyond the limits of human endurance, Lara must fight to unravel the dark history of a forgotten island to escape its relentless hold. In the all-new TOMB RAIDER, a survivor is born. For more information about TOMB RAIDER visit www.tombraider.com.

5/5 I was able to listen to this score and as you can imagine this is awesome... it is taken into a different direction a great direction.
-Jeremy [Retro-Z]
Hosted by Unknown at 12:00 AM