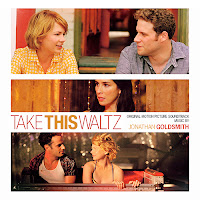 Canadian filmmaker/actress Sarah Polley, who previously worked with Goldsmith on the Oscar-nominated 2006 drama Away from Her, wrote the script, produced and directed Take This Waltz, which tells the story about a married woman who falls in love with an artist who lives across the street. Michelle Williams has reeceived a lot of critical acclaim, awards and nominations for her portrait of Margot. Apart from Jonathan Goldsmith’s score, MovieScore Media’s album also features the song ‘Green Mountain State’ by Corinna Rose and the Rusty Horse Band.